With this cold spell we’ve been having lately, I was craving hot chocolate. In the interest of time and not filling up my sink with more dishes to wash, I seriously considered stopping at a Starbucks drive through or (gasp) opening up a package of Swiss Miss. But that’s just not like me. I can’t never really do anything simple. Though actually, this creamy chocolate-y hazelnut beverage actually only has 2 ingredients on its own. Add the whipped cream and you’re only up to 6 ingredients total. So not too complicated to get my chocolate fix. 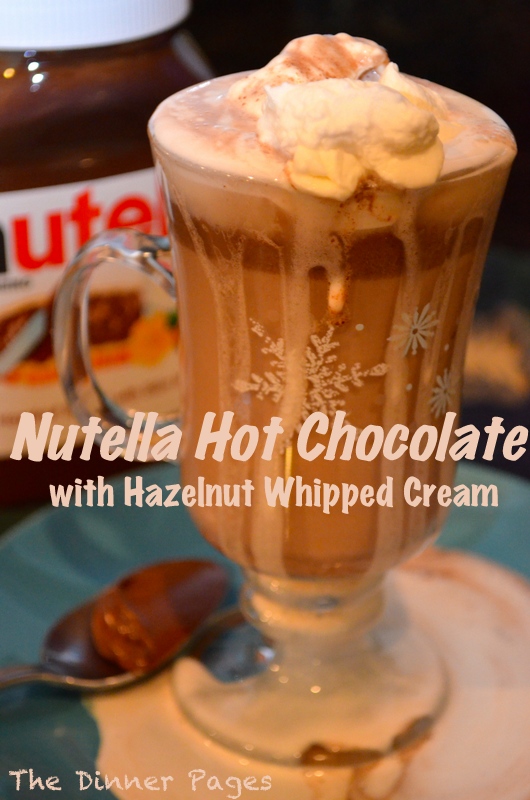 For those of you who don’t know, Nutella is a delicious chocolate flavored hazelnut cream, with a peanut butter-like consistency. It’s so smooth and sweet and I can eat it by the spoonful! I first discovered Nutella in high school when we had to prepare French “cuisine” for my French class. I was then fortunate enough to spend a month in Paris in college. Nutella with a fresh baguette was my breakfast every day and I had my share of crepes noisette (noisette=hazelnut, which meant the crepes were spread with Nutella) from street vendors. Since then I’ve had a love of Nutella. I try to stay away from the stuff since despite what their commercials on tv say, it’s really not part of a healthy breakfast. But nonetheless, I give in now and then. It just so happened that I bought a big jar of Nutella last week in preparation for a future recipe I’m creating (stay tuned…) so when the hot chocolate craving struck, I was already armed and ready with my trusty Nutella to make Nutella hot chocolate. 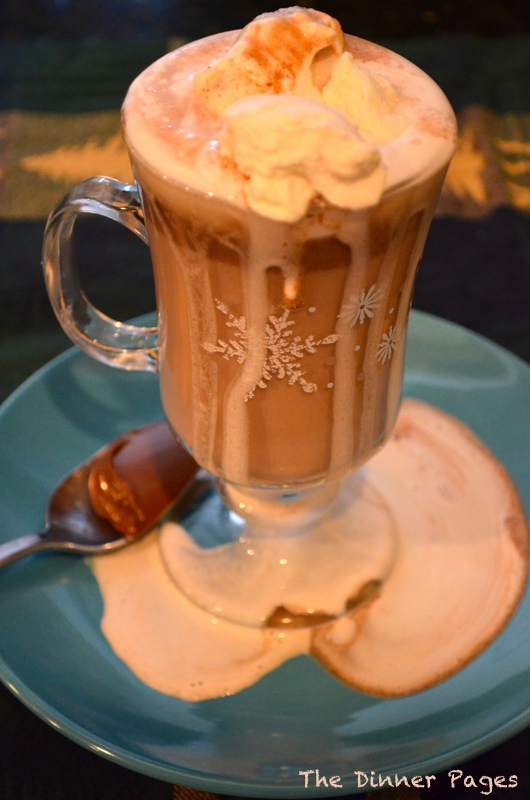 It was easy really, I warmed up skim milk and Nutella in a saucepan on the stove on medium heat, stirring regularly to fully combine them. Yup that’s it. For the whipped cream, I beat together heavy cream, hazelnut and vanilla extracts, and a bit of sugar with the whisk attachment in my mixer. Since I wasn’t making a ton of whipped cream, it only took a minute or two before stiff peaks formed. If you don’t have hazelnut extract, just omit and you’ll have vanilla whipped cream which will be just as delicious mixed with Nutella. Then I poured the hot chocolate into my mug, topped with the whipped cream, and enjoyed a heavenly Nutella flavored beverage. Warm your insides too, and treat yourself to Nutella Hot Chocolate with Hazelnut Whipped Cream!

For the hot chocolate:

Whisk together the milk and Nutella in a saucepan on the stove over medium heat until combined and thoroughly warmed. Pour into a mug, top with whipped cream, and serve.

For the whipped cream:

In the bowl of an electric mixer, combine the heavy cream, extracts, and sugar. Beat on high speed until stiff peaks form. Top the hot chocolate with the whipped cream and enjoy.